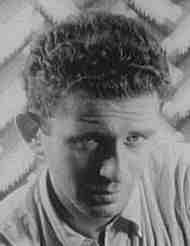 A little bit of rape is good for a man's soul.

A political convention is after all not a meeting of a corporation's board of directors; it is a fiesta, a carnival, a pig-rooting, horse-snorting, band-playing, voice-screaming medieval get-together of greed, practical lust, compromised idealism, career-advancement, meeting, feud, vendetta, conciliation, of rabble-rousers, fist fights (as it used to be), embraces, drunks (again as it used to be) and collective rivers of animal sweat.

Alimony is the curse of the writing class.

New York is one of the capitals of the world and Los Angeles is a constellation of plastic, San Francisco is a lady, Boston has become Urban Renewal, Philadelphia and Baltimore and Washington wink like dull diamonds in the smog of Eastern Megalopolis, and New Orleans is unremarkable past the French Quarter. Detroit is a one-trade town, Pittsburgh has lost its golden triangle, St. Louis has become the golden arch of the corporation, and nights in Kansas City close early. The oil depletion allowance makes Houston and Dallas naught but checkerboards for this sort of game. But Chicago is a great American city. Perhaps it is the last of the great American cities.

Once a newspaper touches a story, the facts are lost forever, even to the protagonists.

The natural role of twentieth-century man is anxiety.

The ultimate tendency of liberalism is vegetarianism.

There are four stages to marriage. First there's the affair, then there's the marriage, then children, and finally the fourth stage, without which you cannot know a woman, the divorce.

There is probably no heterosexual alive who is not preoccupied with his latent homosexuality.

Ultimately a hero is a man who would argue with Gods, and so awakens devils to contest his vision.

With the pride of an artist, you must blow against the walls of every power that exists, the small trumpet of your defiance.

Women think of being a man as a gift. It is a duty. Even making love can be a duty. A man has always got to get it up, and love isn't always enough.
Tämän kirjoitti Christer Sundqvist kello 15:03